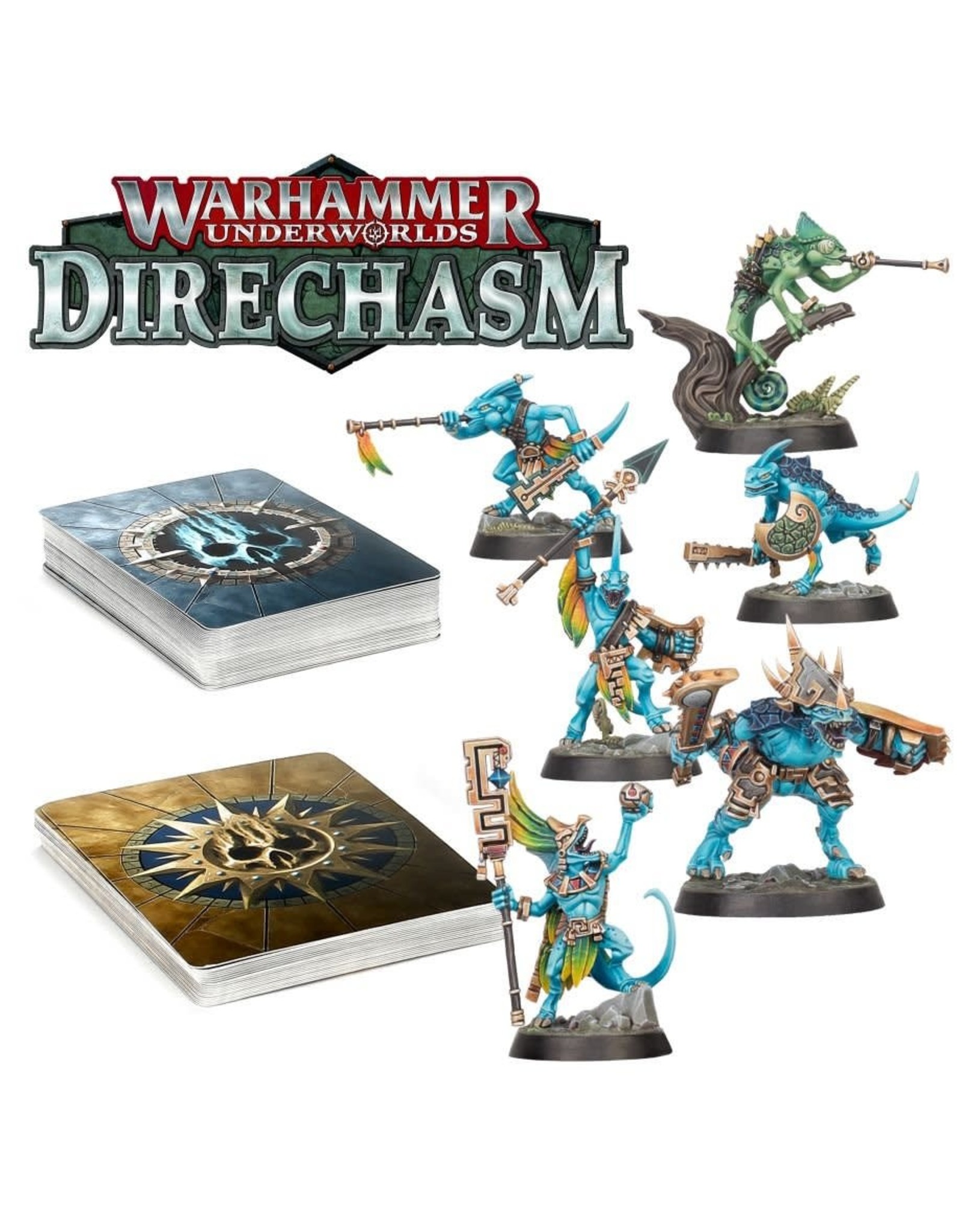 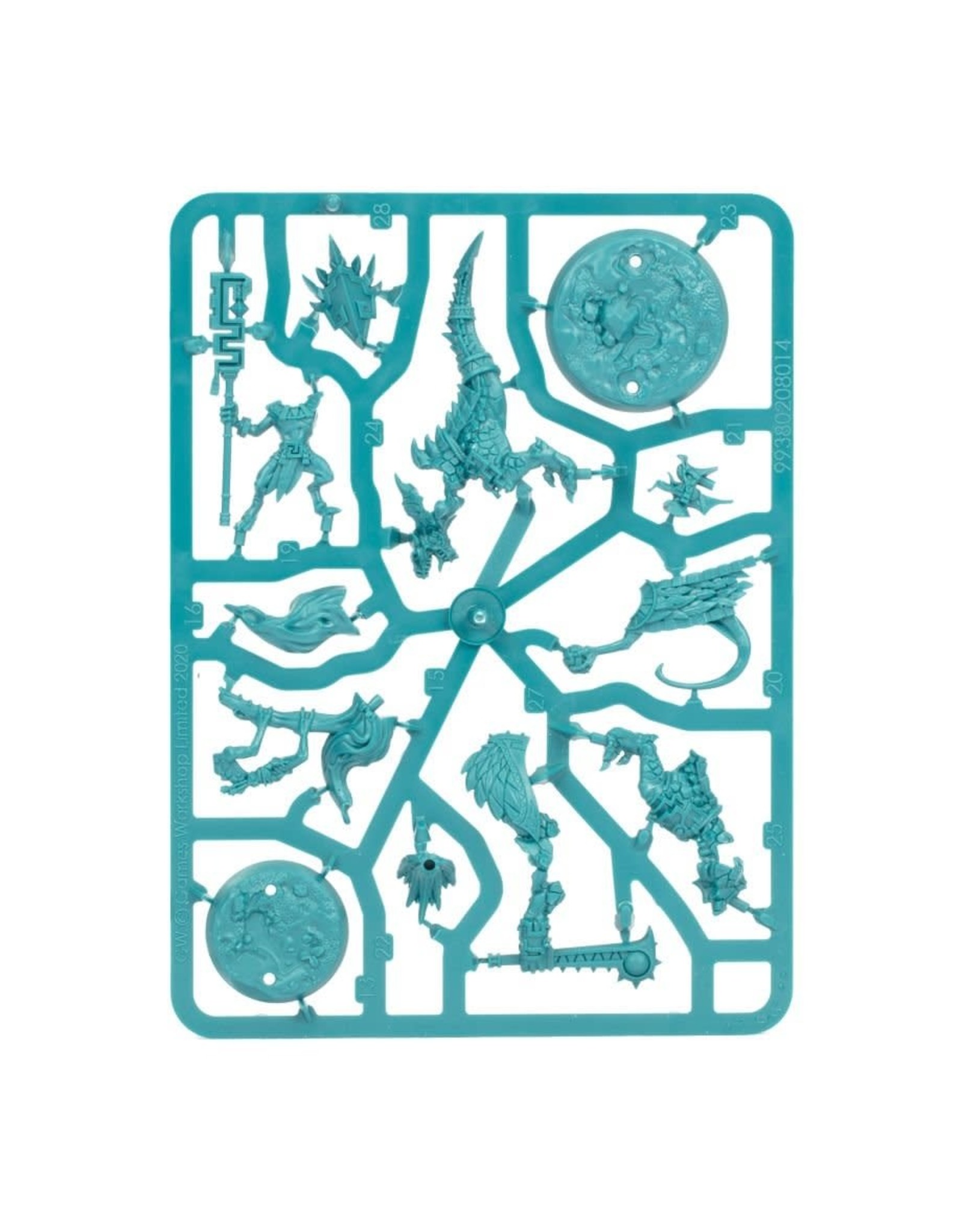 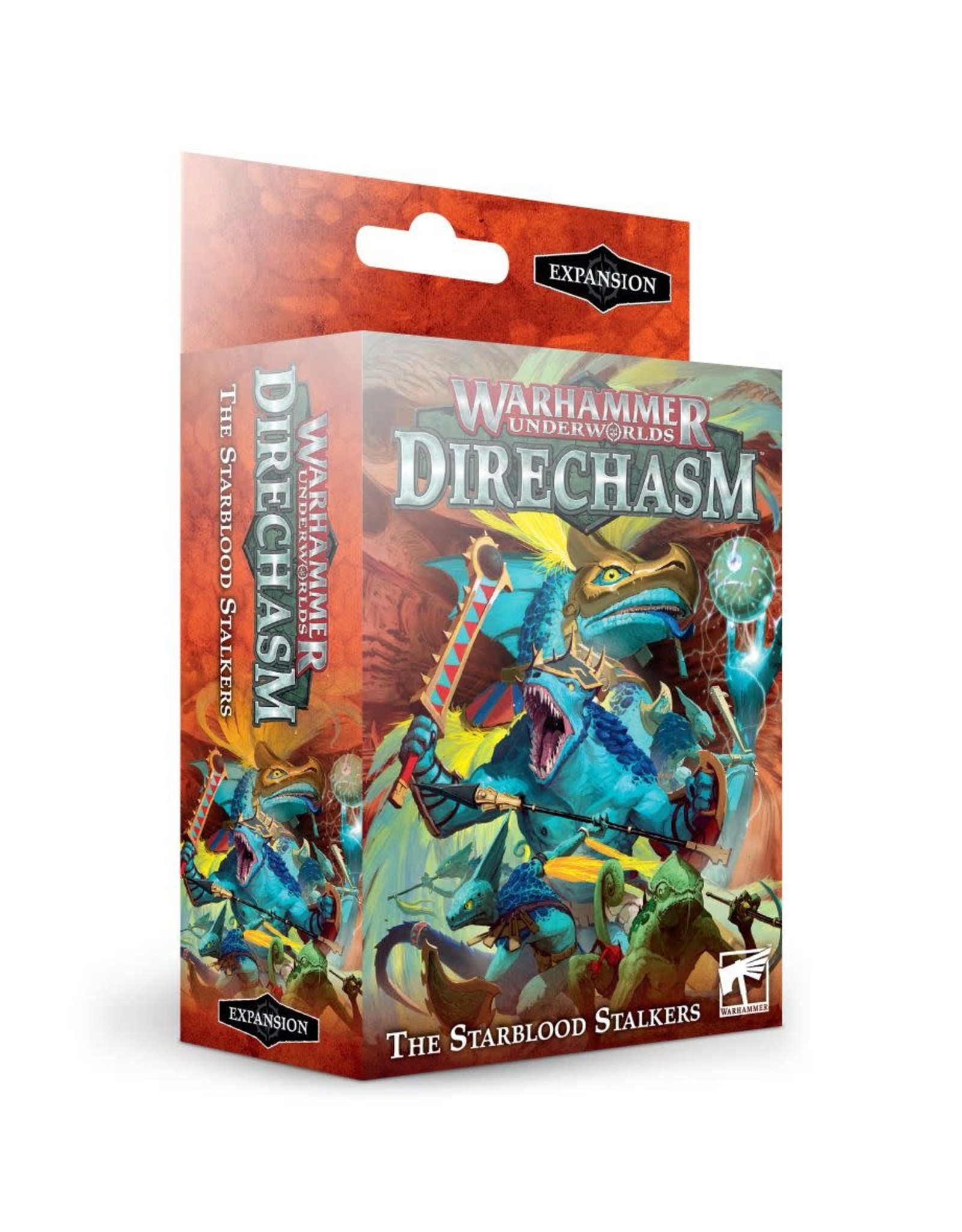 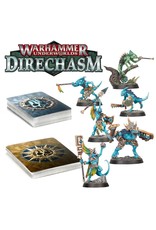 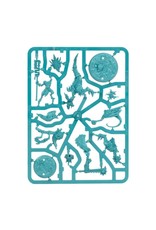 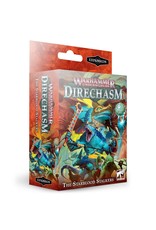 The Slann Starmasters of the Seraphon foresaw danger in Beastgrave. Unchallenged, the corrupting presence of Chaos would transform the mountain into a colossal demigod whose power would wreak havoc across Ghur and beyond. To prevent this from coming to pass, the Slann sent a hunting party of skinks into the mountain, bolstered by the Saurus Oldblood Klaq-Trok. Their leader would be the gifted Skink Priest Kixi-Taka the Diviner, who bore an artefact that, if deployed in precisely the right location, would compel the entire mountain to consume itself in self-destructive madness.

If you're looking for a warband that favours brains over brawn then The Starblood Stalkers are for you. That's not to say that they can't deal out some damage when they need to – they can – but with their speed and skill they are ideal for quickly jumping on unguarded objectives. This set also features universal cards for any warband in Warhammer Underworlds.